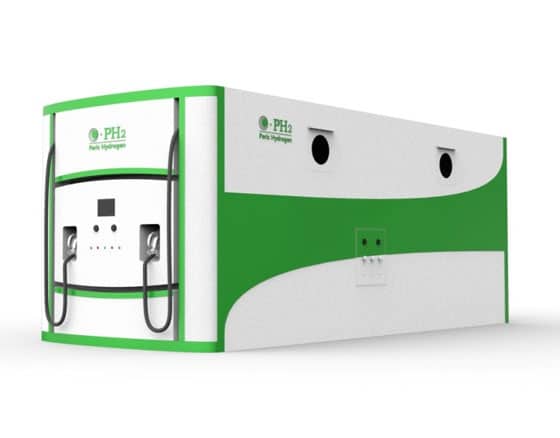 The unloading module contains two sets of unloading channels to meet the hydrogen fueling demand during peak hours. The nitrogen purge system is installed in the container for purging the pipeline and supplying the instrument air.